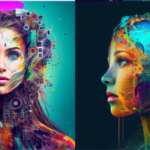 Do you often struggle to find the perfect image for your content?

Quality images can make all the difference, as an eye-catching image can help capture users’ attention and make your communication more effective.

In this context, an outstanding AI-based technology provides an easy way to generate original, optimised and perfect images from a simple prompt.

Artificial Intelligence for the creation of images from texts (Text-To-Image) is a rapidly growing technology that uses machine learning algorithms to create images from natural language descriptions (prompts). This technology can have various applications, such as the creation of visual content for marketing, product design support, digital art, design and photography.

The use of Text-To-Image technology is exploding, not only in the entertainment industry, but also with the creation of visual content for films, games, and other marketing and multimedia outlets.

The June cover of Cosmopolitan, the American fashion and entertainment magazine, is a prime example. For the first time in the history of newspapers, the magazine left the creativity of its cover entirely to Dall-E 2 AI. 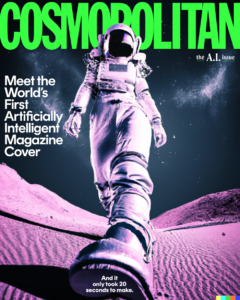 The project was a collaboration between the Editors of Cosmopolitan, specialists from OpenAI, and a Digital Artist, Karen X. Cheng, who found the perfect image by typing in as a prompt: “wide-angle shot from below of a female astronaut with an athletic feminine body walking with swagger toward the camera on Mars in an infinite universe, synthwave digital art”.

Another good example is the famous Heinz Campaign, where a Dall-E 2 is asked how it imagines ketchup, and shows that “just like human beings, AI prefers Heinz” reproducing the bottle in various formats. 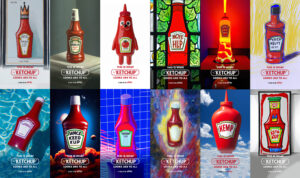 In truth, if Dall-E 2 depicts ketchup bottles very similar to those of Heinz it’s not because it has tasted all the kinds of ketchup on the market, and Heinz is the best-tasting one, but because the model has been trained with thousands of ‘spoilt’ data and information from human opinion. Apparently, it is we who prefer Heinz ketchup.

The main players in the market

The creation of images starting from texts is based on various technologies that allows the processing of an input text to generate corresponding images. In some cases, it’s even possible to start from the same images to improve their quality or imagine contours and contexts that didn’t previously exist (Image-To-Image), as in the Outpainting mode of Dall-E 2. To date, there are many online tools that allow the creation of images starting from a text suggestion. Among them, the most popular are:

Fabian Stelzer recently performed an image comparison test between these three AI text-image generators: DALL-E, Midjourney and Stable Diffusion and these images are the results. 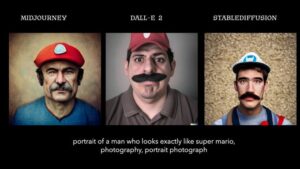 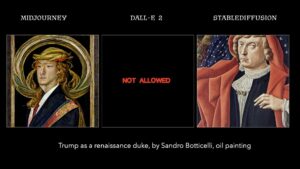 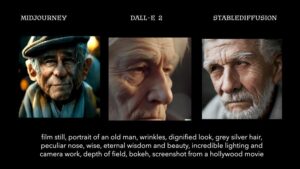 AI text-to-image processors: Threat to creatives or a new ally?

Dall-E 2, Midjourney, Stable Diffusion are models that fall within the sphere of Generative Artificial Intelligence, that is, an AI research field that has “the potential to give life to new forms of creative content and accelerate the cycles of research and development that range from medicine to product creation” (Gartner, 2022). Like many of these models that allow the creation of “new forms of content”, the automated generation of images is also subject to a double narrative; on the one hand, it’s defined as a revolutionary,

super exciting innovation; on the other, it is demonized, because it is feared that “robots might steal jobs from humans”. In this case, from artists, designers and creatives. The truth probably lies somewhere in between.

One key to overcoming these obstacles should be sought in the very use that is made of these technologies. Generative AI tools should not be used by freelancers and companies to replace human labor, but rather to facilitate it. In fact, based on the data provided by O-NET e BLS, the risk of job automation for a house painter is 77%, while that of an artistic painter stops at 16%. For a graphic designer only 4% and for a journalist 9%. Where is the difference? In irreplaceable and intrinsic human creativity.

Try generating your images with Contents.com

If this overview of AI image generation has piqued your curiosity, don’t miss the new tool coming to the Contents.com platform. It will be possible to choose between the ‘image generation’ mode (Text-To-Image) to generate an image starting from a text prompt, and the ‘improve image’ mode (Image-To-Image), which can both improve the resolution of the photo in general, and perfect the face of your photo portraits thanks to the “enhance facial features” function. The latter function can also be requested in batch mode, improving multiple images simultaneously and saving a lot of time on your project.

The image can be created freely according to your artistic taste, or you can let yourself be surprised by selecting the style that better suits your needs: photography, illustration, graphic design, painting, and digital art. Not only that but the image size can also be customized!

Do you feel like you’d like to try Content.com’s AI Art but think that writing a prompt is too complex? Have no fear! Our image generation tool is ready to ‘enrich’ your idea, transforming it into an accurate prompt, ready to be assimilated by our ‘Artificial Intelligence!

We are at a key moment for the future of creativity, where generative technology will play an important role in the way people and computers interact in the future. It will be important to explore, experiment, fail (and succeed) as often as possible; to take risks, and share your work with others. And if you are a creator, a platform that wants to collaborate with us or a thinker in this space, I invite you to get in touch so that we can work together to usher in this new era.

Don't miss out on new posts 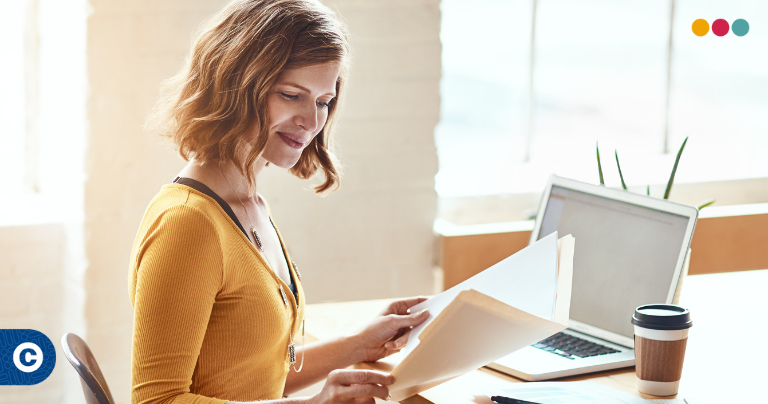 Why Is Proofreading Still Essential? 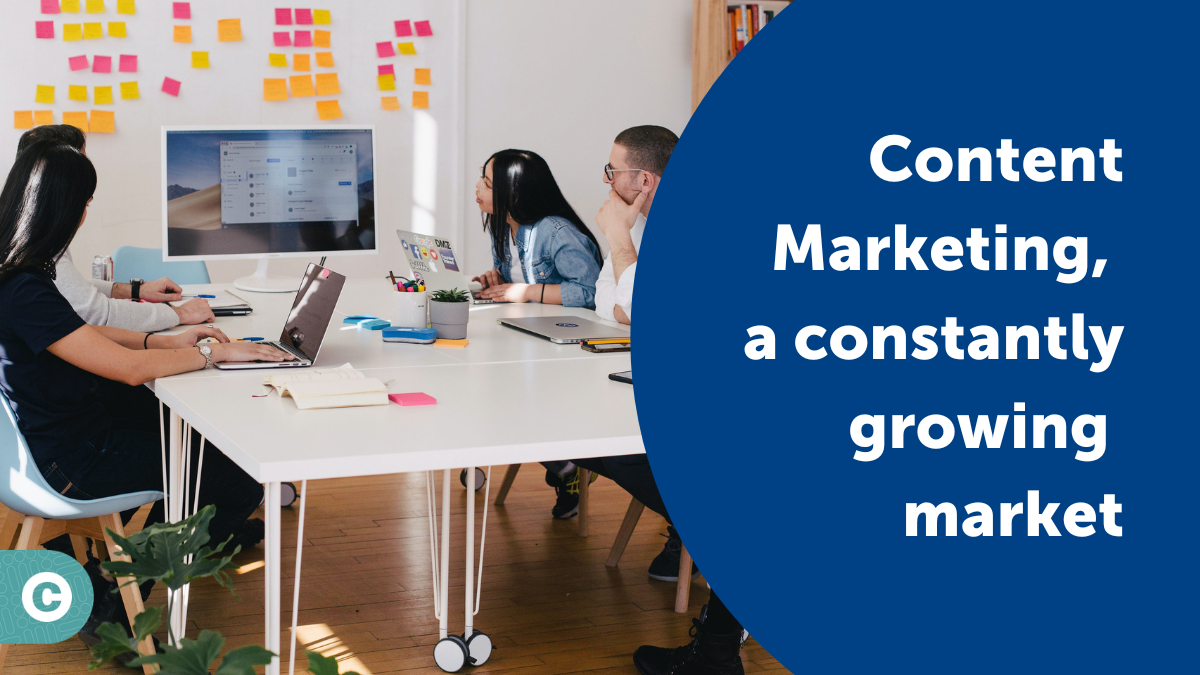 What Is The Growth Perspective And Current Value Of Content Marketing? A Brief Analysis 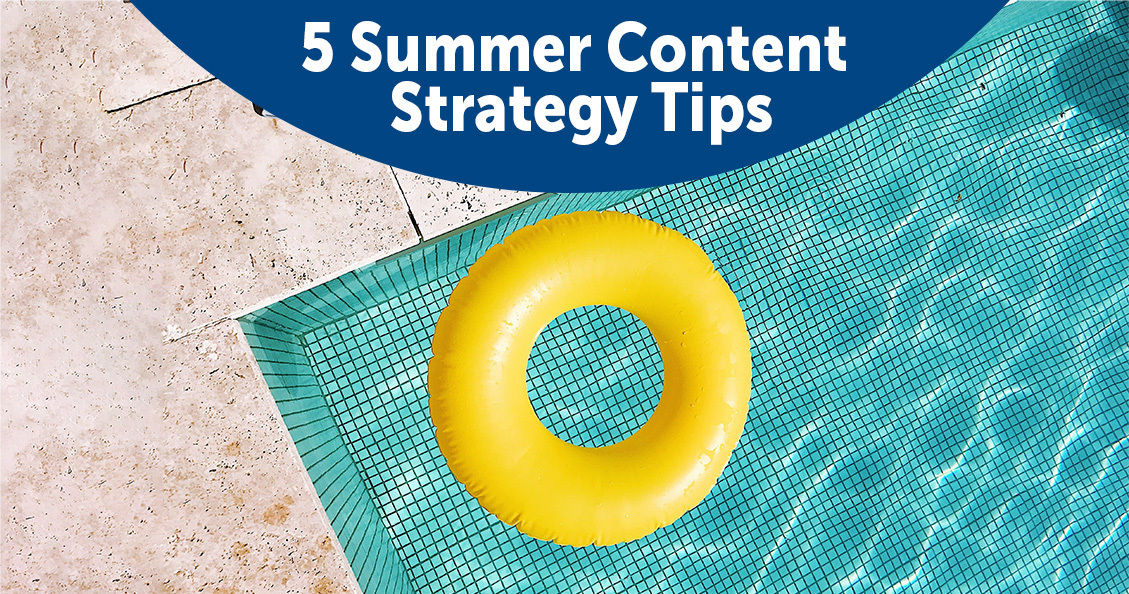